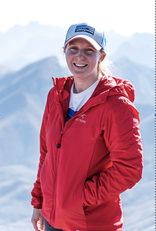 ​I am an active learning initiative (ALI) postdoc working to transition the Entomology, Herpetology and Plant Evolution courses from being taught as traditional lecture courses to active learning classrooms. I am helping to restructure the courses by creating modules/activities that give students both conceptual and practical skills in broad ecological and evolutionary topics like phylogeny and evolution, biogeography, and diversity using specific examples relevant to each course. I am interested in studying how implementing active learning strategies improve student learning of ecological and evolutionary concepts. 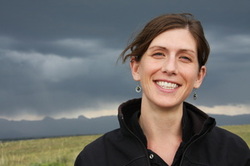 
Kari is currently a postdoctoral fellow on Rosemary Gillespie's Dimensions in Biodiversity Grant. 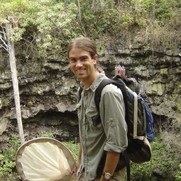 Karl came to the lab with a strong background in Hawaiian arthropods.  He is an expert on the native Hawaiian bees (Hylaeus).  While in my lab, Karl worked on taxonomy of the endemic Hawaiian Drosophilidae.  He completed revisions of the ateledrosophila, nudidrosophila and modified mouthparts species groups.  He was also involved in a large synthesis of ecological information for all Hawaiian drosophilids.  Karl has since focused on picture wing taxonomy and phylogeny and has continued to study Hawaii's native bees.

Karl is currently employed doing survey work for the state of Hawaii and the US Army. 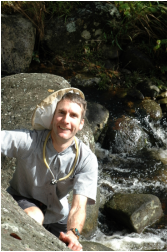 Brian entered the lab with a background in population genetics and is specifically interested in the causes and consequences of barriers to gene flow among natural populations via physical barriers that prevent dispersal, by interspecific interactions such as competition, or by differences in selective regimes in different locations.

His work in the lab focused on using a DNA sequencing approach to investigate the microbial community composition in several habitats used by Hawaiian Drosophila for oviposition and larval development. Differences in microbial community composition may have played an important role in habitat switching by the flies, thereby contributing to the formation of reproductive barriers to gene flow among incipient species. 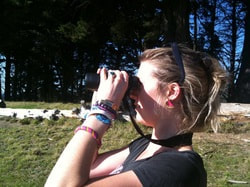 Natalie was co-advised with Dr. Vince Resh.  She worked on the mayfly genus Baetis in Northern California.  She used a combination of traditional survey methods and DNA barcoding to provide tools for the biological assessment of changing aquatic habitats to help guide restoration efforts and management decisions.  She examined a number of population parameters, including genetic diversity, migration rate and effective population size will expand our understanding of how species resist various disturbances (e.g., water level, pollution, changes in community composition) and inform our management decisions. 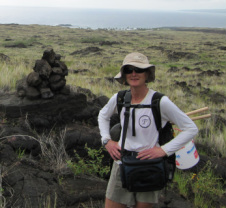 Lisa is currently a science teacher at the Santa Catalina School in Monterey, California. 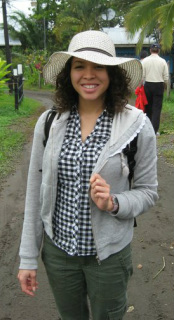 Jessica worked on the evolution and biogeography of Scaptomyza (subgenus Elmomyza) and the use of Hawaiian drosophilids as proxies for ecosystem health. She took a MS degree in 2014. 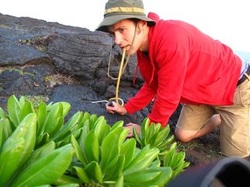 Gordon's research focused on the systematics, biogeography, and coevolution of native Hawaiian leafhoppers (Cicadellidae: Nesophrosyne) and their endosymbionts. Gordon discovered over 100 new species of Nesophrosyne as part of his dissertation research and also examined the evolution of the primary (Sulcia) and secondary (a novel taxon) endosymbionts in the endemic Hawaiian species.

Gordon is currently a postdoctoral fellow in Dr. Nancy Moran's lab at UT Austin.  He will start as an Assistant Professor at the University of Hawaii Manoa in fall 2015.
Personal Website

Rick completed a a PERT postdoctoral fellow in Dr. Noah Whiteman's lab at the University of Arizona in 2014.  He is currently a Research Scientist at NCBI.